All Collections
Advertising Toolkit
Campaigns
Selecting the Goal of Your Campaign

Selecting the Goal of Your Campaign

Written by Adam Christophersen
Updated over a week ago

The first of the five easy steps to build and launch a mobile and social media ad campaign using the Denim® platform’s Campaign Builder is called Campaign Info. Here, you’ll first need to select the goal of your ad campaign. 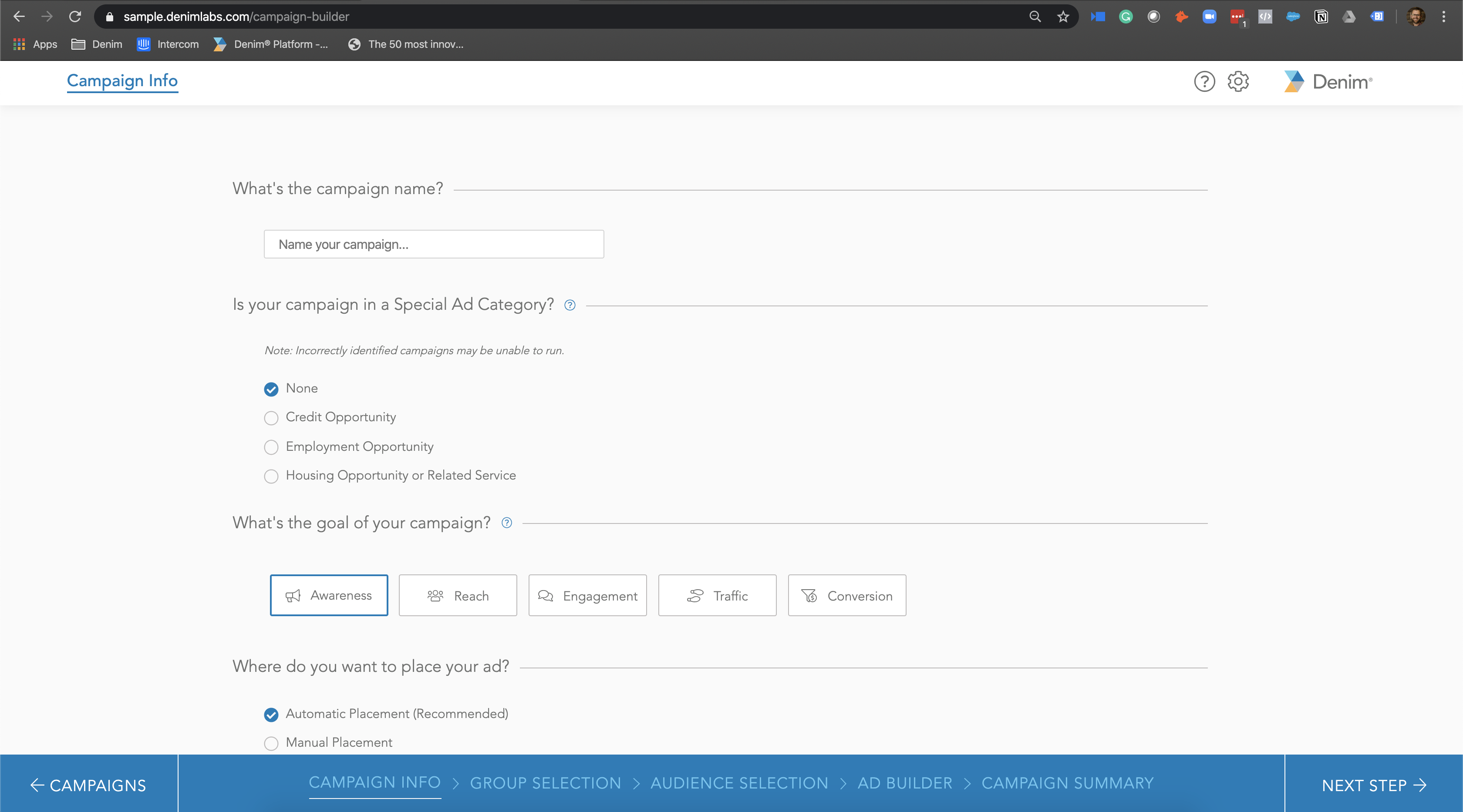 Awareness campaigns are focused on achieving the maximum impressions for your ad within the audience of consumers targeted to see the ad.

Engagement campaigns are tailored to achieve the highest level of reactions (like, love, haha, wow, etc.), comments, and shares within the audience of consumers targeted to see the ad.

Traffic campaigns are designed to deliver the most clicks by the targeted consumer audience to an ad's destination URL, which is often a website or landing page.

Conversion campaigns measure success based upon how many people clicked through to the landing page and achieved the goal (typically completing a form and converting to become a lead). Conversion campaigns are only available for customers using Denim Pages™.

By building various campaigns using all three of the campaign goals, your target audiences will be more likely to see, engage, and convert from an ad into a new lead.