How to launch a Smart Campaign through the Denim platform

Written by Adam Christophersen
Updated over a week ago

This article provides a step-by-step guide to launching a Smart Campaign through the Denim platform.

Before you launch, make sure the following items are already taken care of:

Here's your step-by-step guide to launching a campaign through the Denim platform! 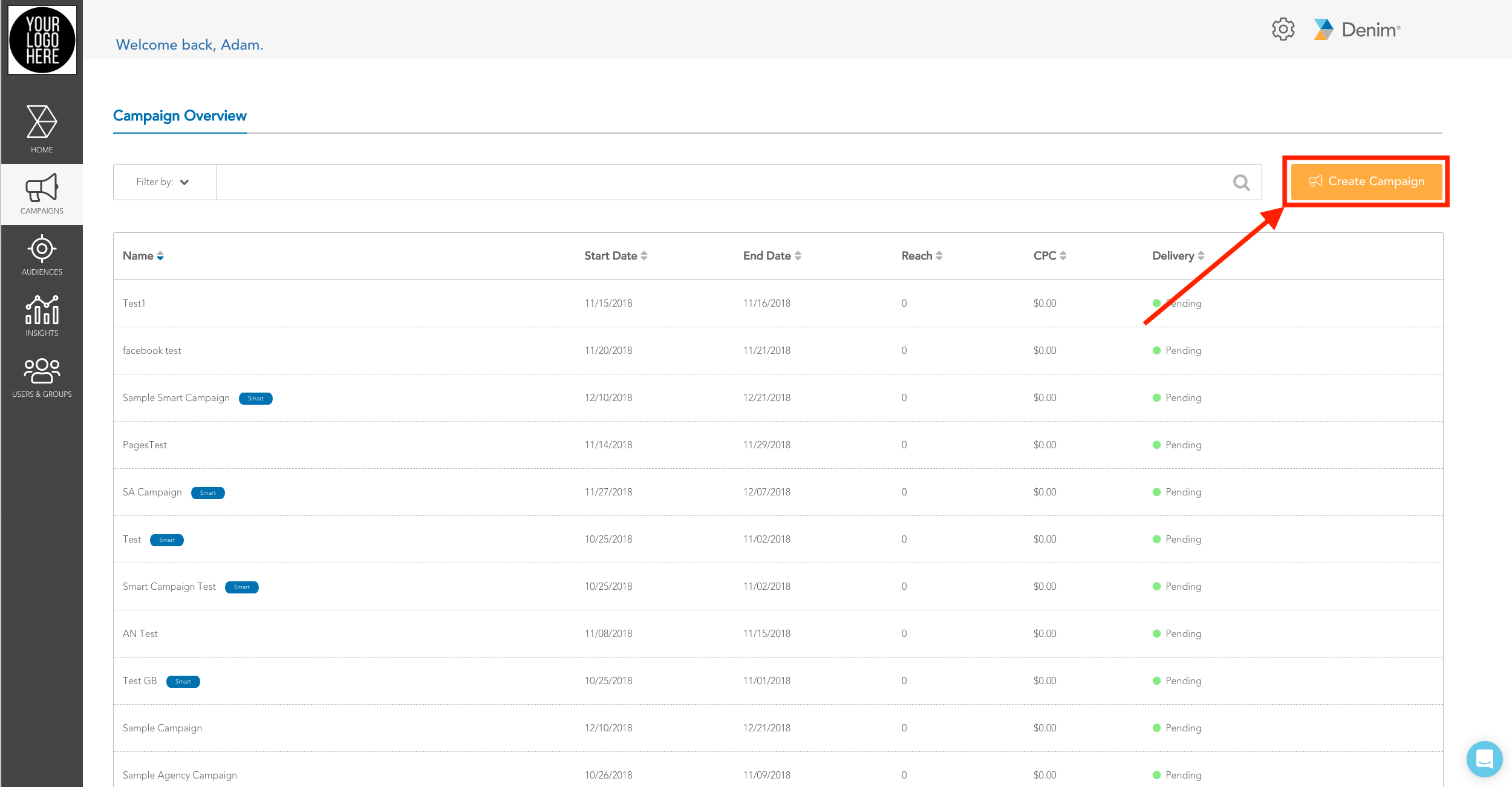 Indicate which type of campaign you'd like to build; Brand Campaign vs. Campaign.

In a Smart Campaign, you will be conducting a Denim-powered A/B or split test, testing against either Audience or Creative (while holding the other constant). In a Smart Campaign, you will be required to designate an optimization period (how long you would like Denim to test both the A and B campaigns before declaring a winner) and supply either two different audiences or two different creatives, depending on your test variable.

What is your test variable? Audience, or Creative? 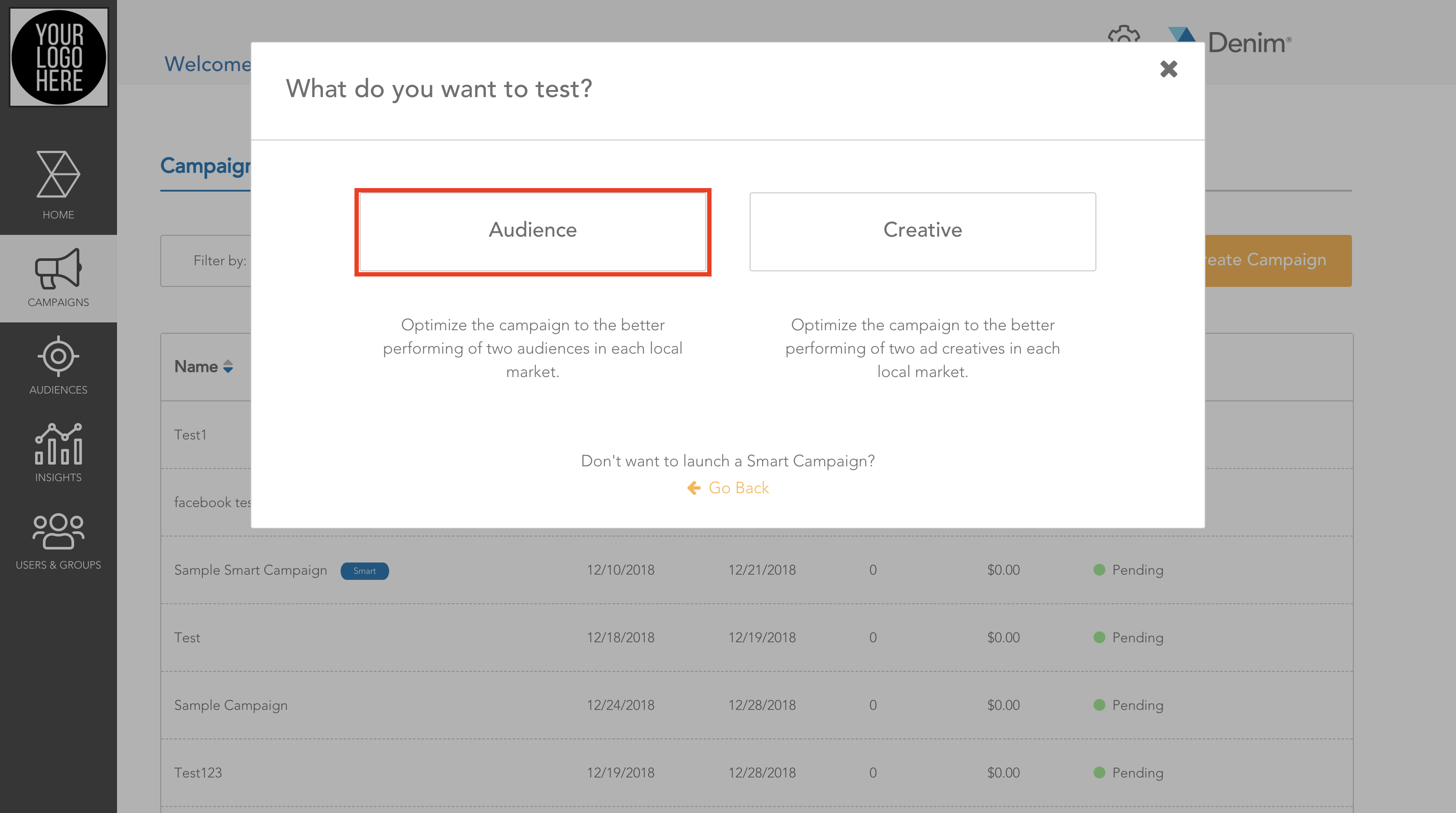 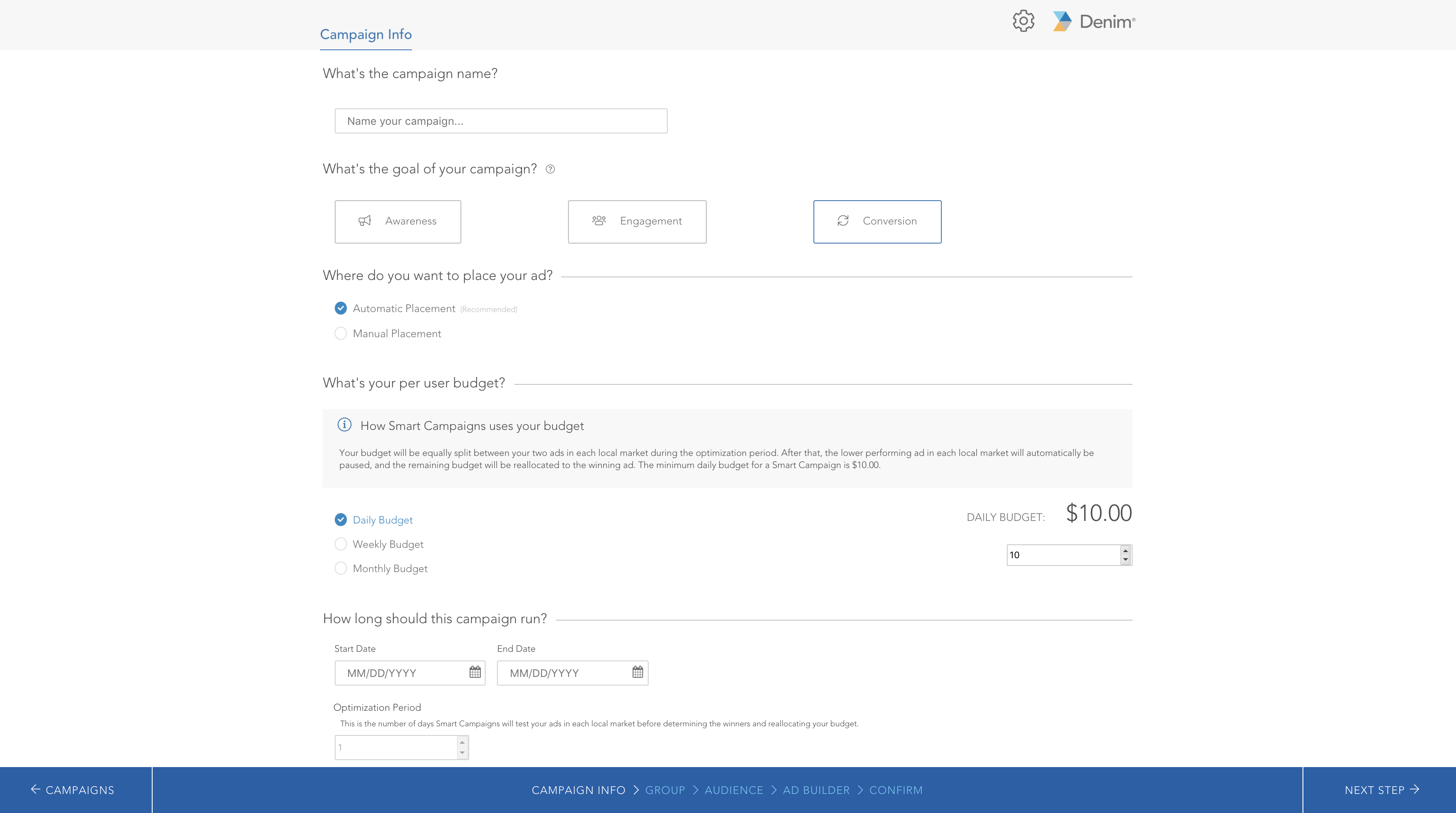 Group. Indicate the Group of Users you would like to launch this ad on behalf of. 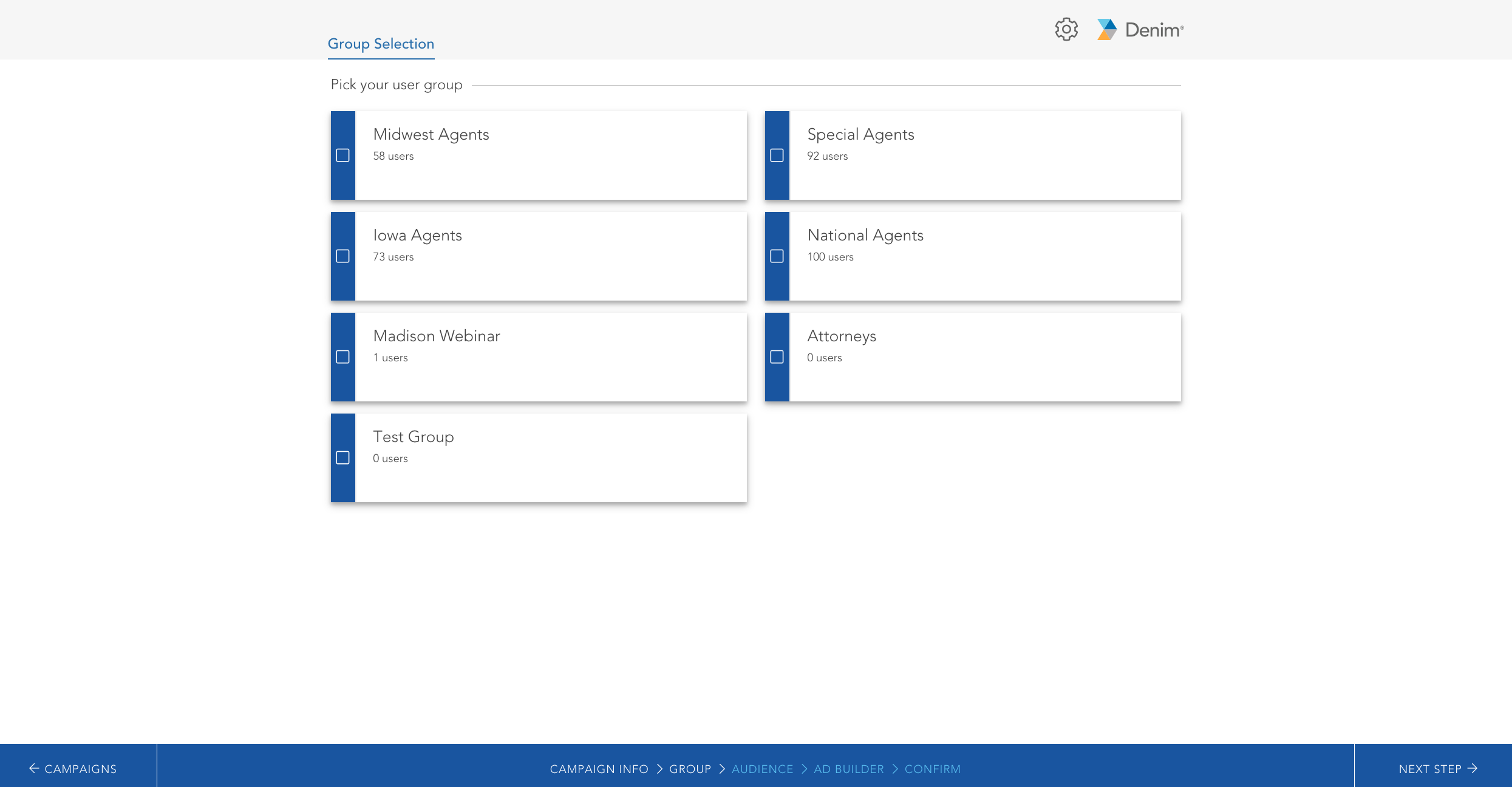 Audience. Indicate the Audience of consumers to target for this campaign. In a Smart Campaign, where Audience is the test variable, you will be able to select two Audiences to test against. 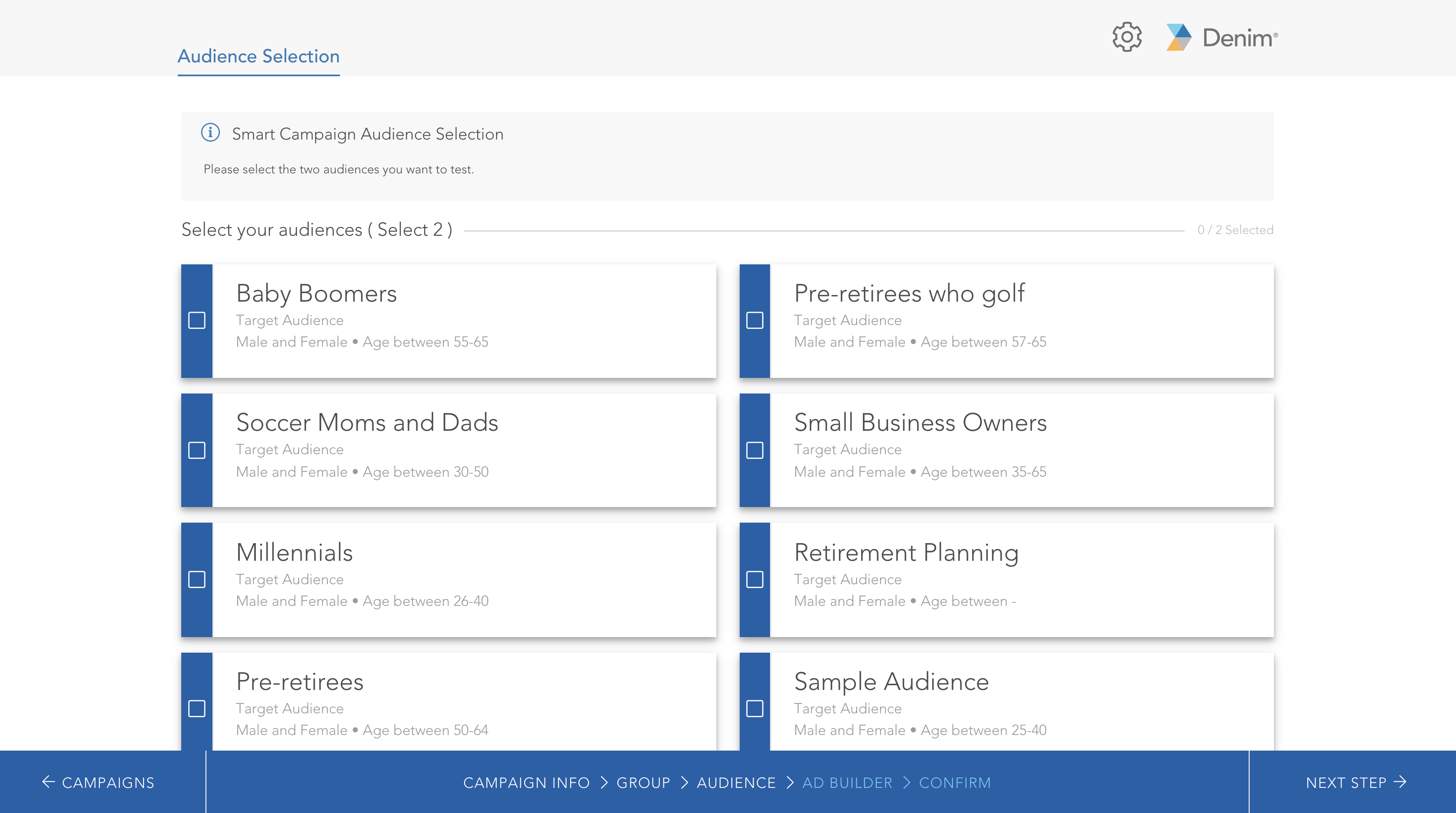 Ad Builder. Select the style (single image, multi image, or video), select the creative assets (images or videos) to use for the campaign, and supply the written verbiage. Make sure to preview the ad before moving to the next step! 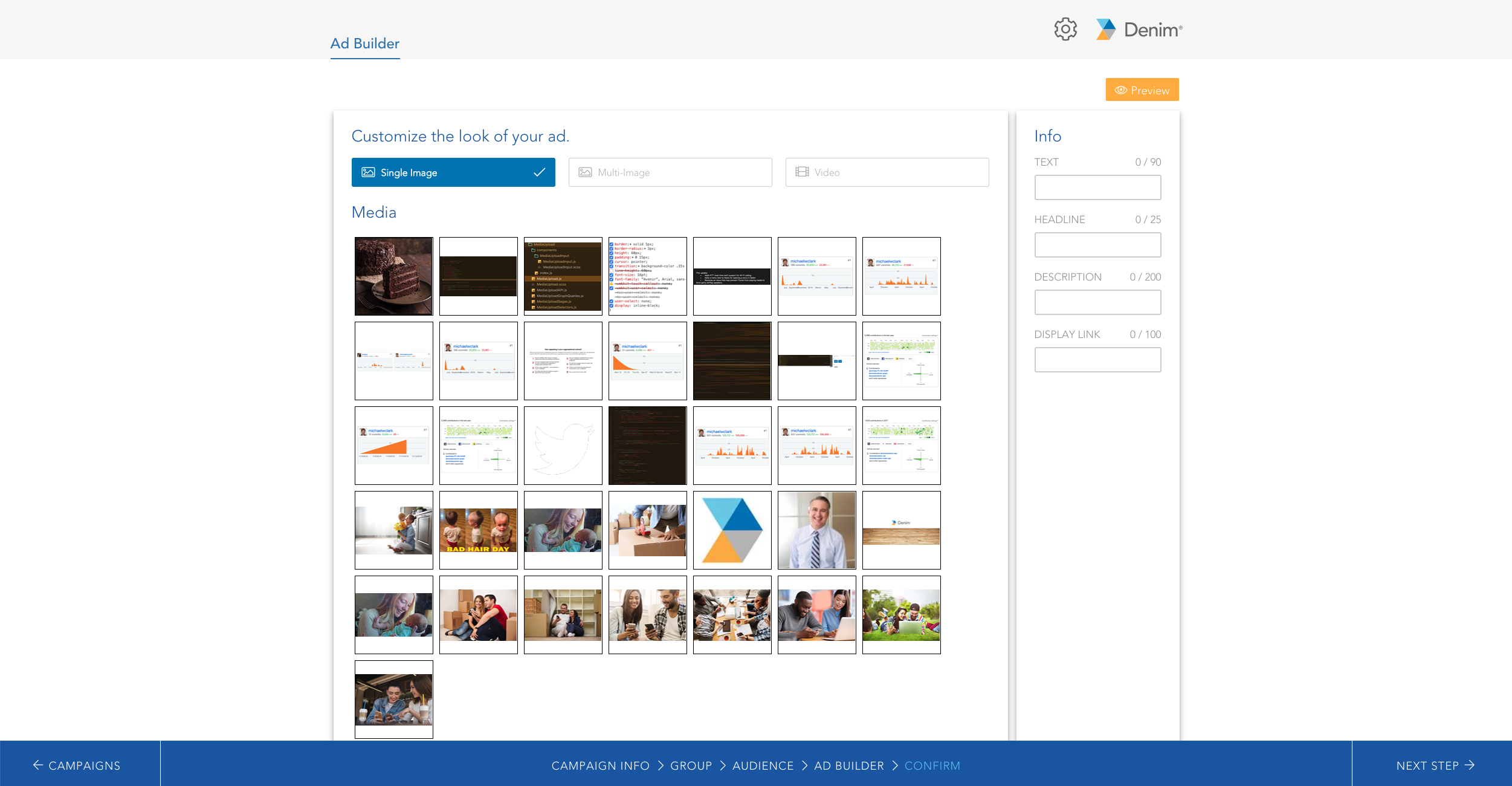 Confirm all details, including estimated cost, and click 'Confirm' in the lower right-hand corner to complete the campaign creation process. 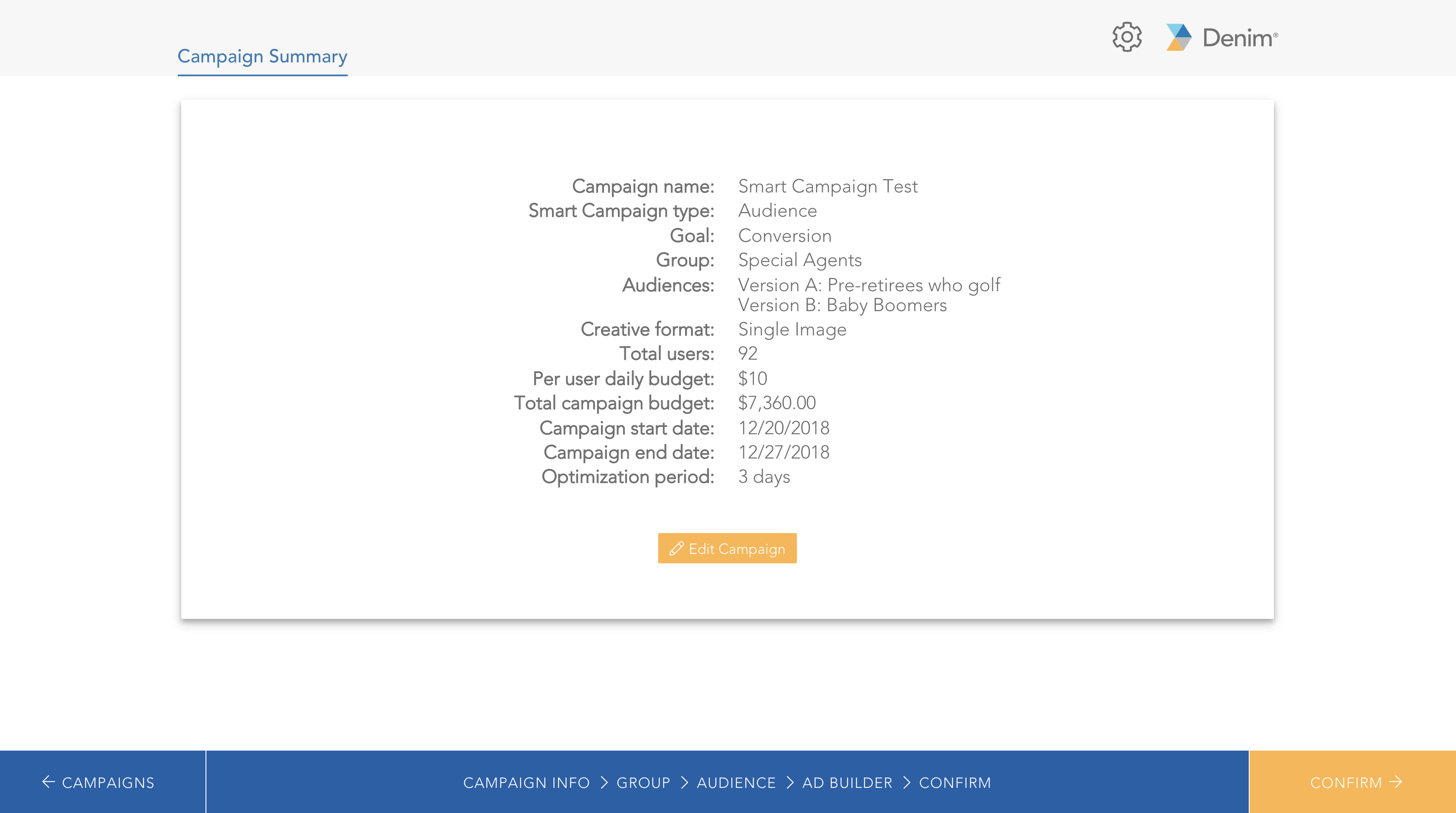 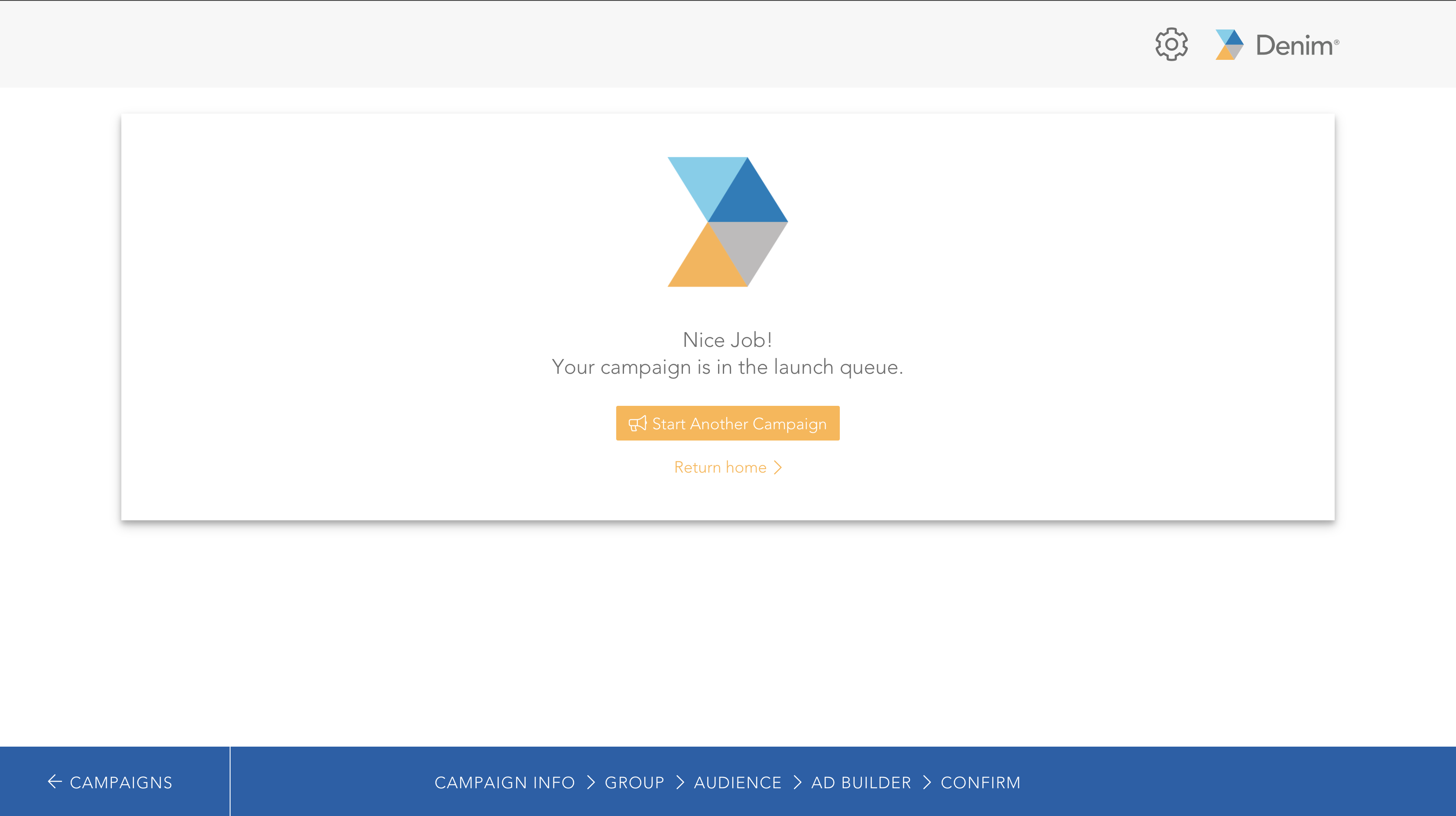 If you've reached this step, you have successfully created a Denim-powered campaign. The campaign details have been distributed to Facebook and are now in their launch queue where the ad enters their approval process. If you are also an Admin on the Facebook Ad Account, you will receive notifications from Facebook regarding the approval status of the campaign.

Don't stop here, though! In order to start delivering the campaign, it needs to be Activated. Check out this article to learn more about Campaign Activation.